A Musical Portrait of Oscar Peterson

James Pearson  is a pianist, composer and creative tour de force, covering all genres of music, especially contemporary, jazz and classical. He has been for many years the Artistic Director and his trio the house band at the world famous Ronnie Scott’s Jazz Club. Jazz pianist Oscar Peterson was arguably the most successful of all time. James’ gigs are always sell-outs.

The Zum Roten Igel quintet is named after the Red Hedgehog tavern where Schubert and Brahms went to hear Gypsy and folk music. Their ability to move from Schubertian intensity to Hungarian gypsy passion and back again without drawing breath make an intoxicating mix.

With musical bonds and friendships stretching back into early childhood, ZRI formed under the direction of clarinettist Ben Harlan. Following launch concerts in 2011 ZRI has toured the UK extensively with its unique versions of both the Brahms and Schubert quintets, releasing its debut disc in 2014. Alongside other major festivals, ZRI have performed at Henley, York, Guildford International, Swaledale and Kings Place. In addition to their Brahms and Schubert programmes ZRI has its Cellar Sessions, a fiery selection of classical and Gypsy favourites as might have been heard at the eponymous Red Hedgehog Tavern. ZRI also tours its own live score to Charlie Chaplin’s early classic ‘The Adventurer’, and made its debut performance of Janacek’s Kreutzer Sonata on Swiss national radio last Summer.

ZRI’s Brahms and the Gypsy features the complete Brahms Clarinet Quintet re-scored with santouri (cymbalom) and accordion to bring out the gypsy and Hungarian qualities of this much-loved piece of chamber music. It was ZRI’s debut program and has toured the UK extensively and recorded to critical acclaim.

The Royal Northern College of Music in Manchester has long been a cradle for many of the UK’s distinguished concert artists. These four talented young singers, Julia Mariko Smith (soprano), Naomi Rogers (mezzosoprano), Philip O’Connor (tenor), Peter Lidbetter (bass) with their accompanist Christopher Pulleyn will be names to look out for in the future.

Kammerphilharmonie Europa  is an orchestra of talented young musicians from 18 countries, nine of which (seven strings, oboe and trumpet) are coming on this tour to the UK. This is the largest number in an ensemble to have ever performed at a Peak Music concert and should produce an intensity of sound in the Cavendish Hall normally only found in larger venues.

Founded in 2006 by Leonid Tritus, it is a free orchestra with a focus on classical music that brings together committed musicians with the aim of forming an artistically demanding ensemble even without a permanent sponsorship. Based at the gates of Cologne, they now employ over 60 talented professional musicians from currently 18 nations, who all look back on a sound education and a versatile stage experience at an international level. The central motivation of her work is the claim to unite independently, especially with regard to the selection of repertoire and soloists.

The Metamorphoses Trio are a group of world class musicians (clarinet, viola and piano) from USA, Netherlands and Russia. Together they offer a wide range of sounds, colours and music styles. I have nothing but admiration to express for the playing of these three musicians. British-American clarinettist Jean Johnson is nothing short of phenomenal (Fanfare Magazine).

Roeland Jagers (viola) is a passionate chamber musician and was a founding member of the Rubens Quartet, laureate of several international competitions. The quartet enjoyed an active international career for 16 seasons in Europe, the United States and Israel. Roeland performs regularly in concert halls such as the Concertgebouw in Amsterdam, the Tonhalle Zürich, the Konzerthaus in Vienna and the Philharmonie in Berlin. He also appears as a guest in international festivals such as Mecklenburg Vorpommern and Schleswig Holstein (Germany), Larzac (France), Kuhmo (Finland), El Paso Pro Musica, Sitka Music Festival and Indiana University Festival of the Arts (US). Roeland plays a Giovanni Pistucci viola, on loan to him from the Nationaal Muziekinstrumenten Fonds in Amsterdam.

Ilona Timchenko (piano) won first prize in the Third Abstract Securities Landor Competition in 2007, fending off strong international competition and winning a contract with Landor Records- her first CD on their label came out in 2009 and was selected for one of the inaugural ‘Outstanding’ accolades in International Record Review in January. She brought a packed audience at England’s Buxton Festival to their feet in July 2008 at her debut recital there and in April 2010 she made her debut at Unione Musicale, one of the most prestigious festivals in Europe. In addition to her solo activities, Timchenko is a keen chamber musician and makes regular appearances at festivals in the Netherlands, Spain, France and Russia alongside artists such as Rivka Golani, Mark Lubotsky, Philippe Graffin, baritone Wolfgang Holzmair and Elias Quartet. 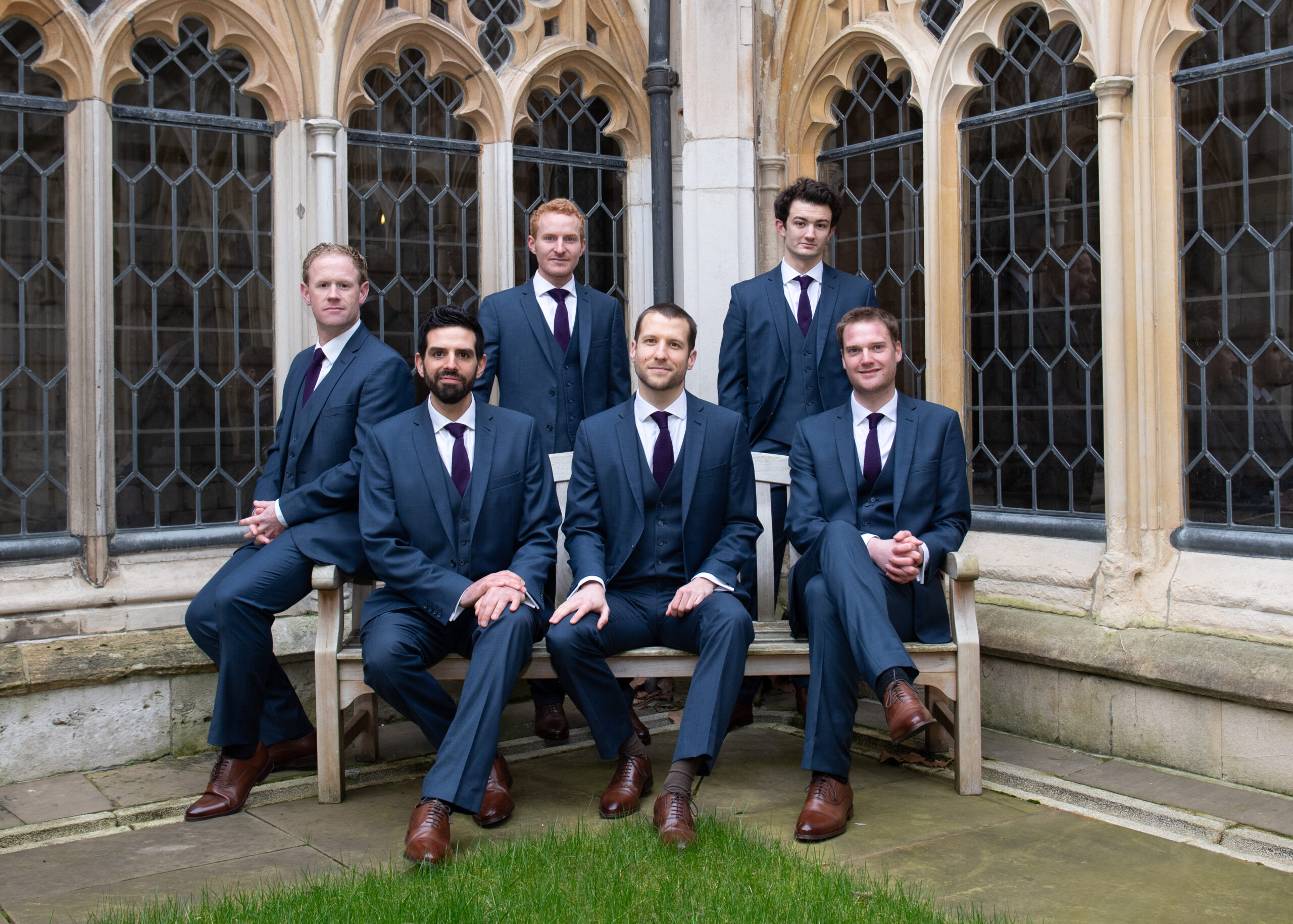 Based at Windsor Castle, the members of The Queen’s Six make up half of the Lay Clerks of St George’s Chapel, whose homes lie within the Castle walls. The Chapel Choir, which consists of boy trebles and twelve professional adult male singers, performs some eight services a week, as well as at private and state occasions, often before the Royal Family. In 2018, their duties with the Chapel Choir included singing for the wedding of Prince Harry and Ms Meghan Markle, now The Duke and Duchess of Sussex.

Now Tom, Dan, Nick, Dom, Andrew and Simon have come together to bring their unique style of entertainment to a much wider audience. Their repertoire extends far beyond the reach of the choir stalls: from austere early chant, florid Renaissance polyphony, lewd madrigals and haunting folk songs, to upbeat Jazz and Pop arrangements.

The Queen’s Six has sung at a number of prestigious festivals and venues, including the MET Cloisters in New York City, the Salzburg Bachgesellschaft, the Bermuda Festival, Bayreuth’s Margravial Opera House and St Louis Cathedral Basilica. Upcoming tours include return trips to the USA, Germany, the Baltic States and Poland, and first visits to China and Bulgaria.