Ifor James is one of the world’s leading exponents on the horn. He studied at the Royal Academy of Music where he is now a professor. He has played principal horn in the Halle, the Royal Liverpool Philharmonic and the English Chamber Orchestras. Several works have been specially written for him. John McCabe (piano) was born in Liverpool in 1939. He studied at Manchester University, the Royal Manchester College of Music and also in Germany. He is one of the most gifted of our young composers and his compositions include a symphony, several concertos, chamber music, piano, organ works and songs. Thea King studied at the Royal College of Music where she is now a professor of the clarinet. She plays principal clarinet for the English Chamber Orchestra, the London Mozart Players, the Bath Festival Orchestra and the Portia Wind Ensemble. Jenny Hill (soprano) studied at the National School of Opera under Joan Cross and later joined the Sadlers Wells Opera Company, but left in 1964 to join the English Opera Group. Jenny Hill has had great success at the Aldeburgh and Edinburgh festivals.

This consort (counter-tenor; bass viol; harpsichord, harp, percussion; medieval fiddle, rebec, portative organ, psaltery; recorder, crumhorn, gemshorn, shawm, curtal, sordum, rauschfeife, rackett) is a young versatile group dedicated to the performance of old music; mediaeval, renaissance and baroque. Their varied programmes have a wide audience appeal. Engagements for 1969 included concerts at the Aldeburgh, Bath, Cambridge and York festivals. The consort has taken part in many radio and television programmes in this country and is establishing an increasing reputation abroad. The four players directed by David Munrow, a very considerable musician, prove expert with no less than 15 instruments making a wide variety of fresh and attractive sounds. James Bowman is a counter-tenor with a voice of extraordinary versatility.

John Lill was born in London in 1944. He gave his first recital when he was nine and began his studies as a scholar at the Royal College of Music a year later. By the age of fifteen, he had already memorised the complete sonatas and concertos of Beethoven. As a student, he gained, among other notable prizes, the Dinu Lipatti medal for the most promising pianist under 25 in the Harriet Cohen International Awards and in 1963 made his official London debut when he played Beethoven’s Emperor Concerto at the Royal Festival Hall. He has toured widely both at home and abroad and has given many broadcasts and appeared on television. In 1967 he was awarded a Gulbenkian Fellowship in order to further his career and in 1970 he won joint first prize in the International Tchaikovsky Piano Contest in Moscow. 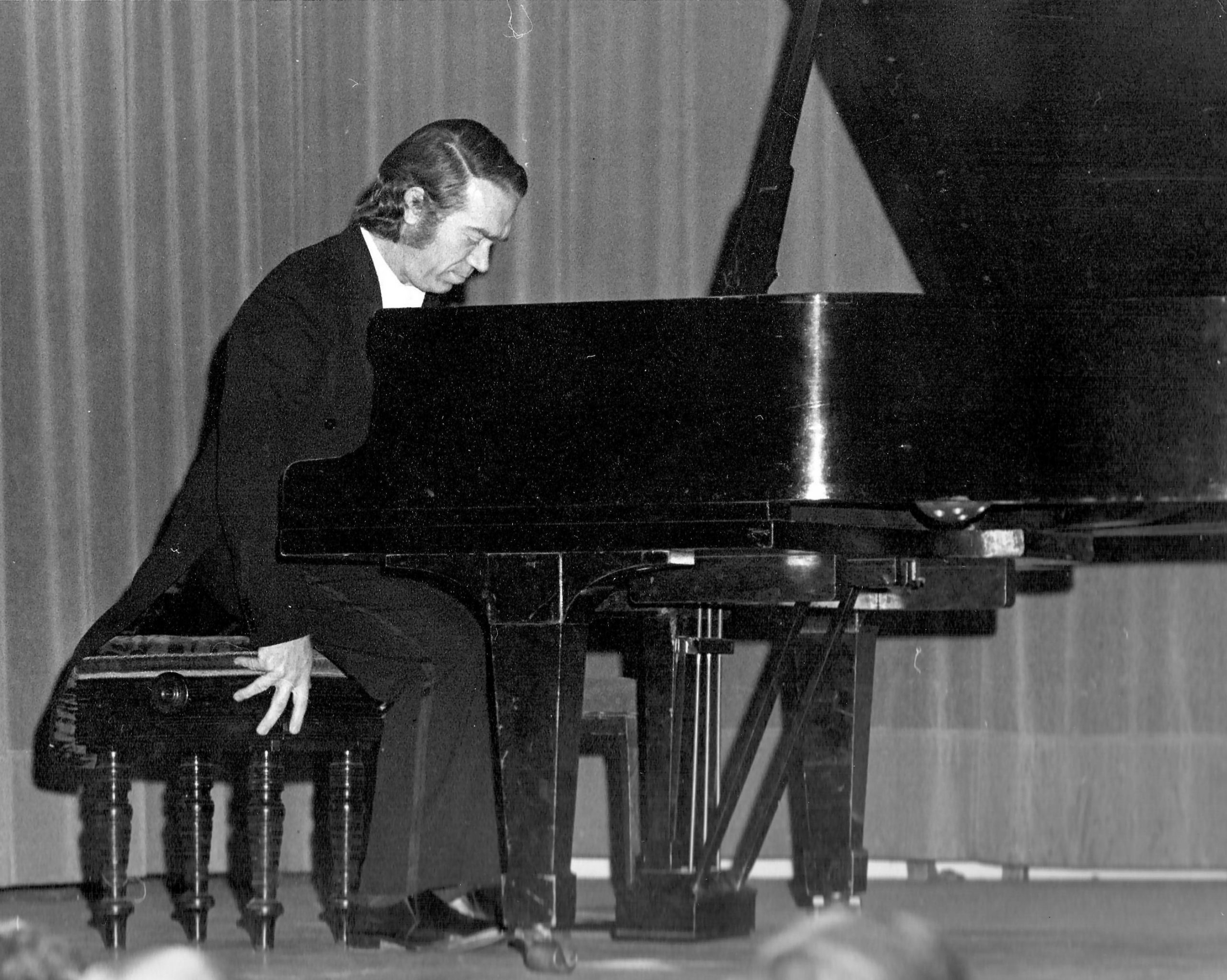 The Allegri String Quartet, taking its name from Gregorio Allegri (1582-1652), reputed to be the first composer to write for a quartet of strings, made its debut in London in 1954 and is now established as one of the most distinguished ensembles in the country, playing an important and active role in the field of chamber music. Sponsored by the Radcliffe Trust they reside for a short period each term at specific universities and visit others to give concerts and workshop sessions throughout the year. An important assignment in the autumn of 1969 was the performance of four new string quartets competing for the Radcliffe Music Award, judged by Benjamin Britten. The Quartet has undertaken many tours, including the United States, Holland, Germany and Switzerland. 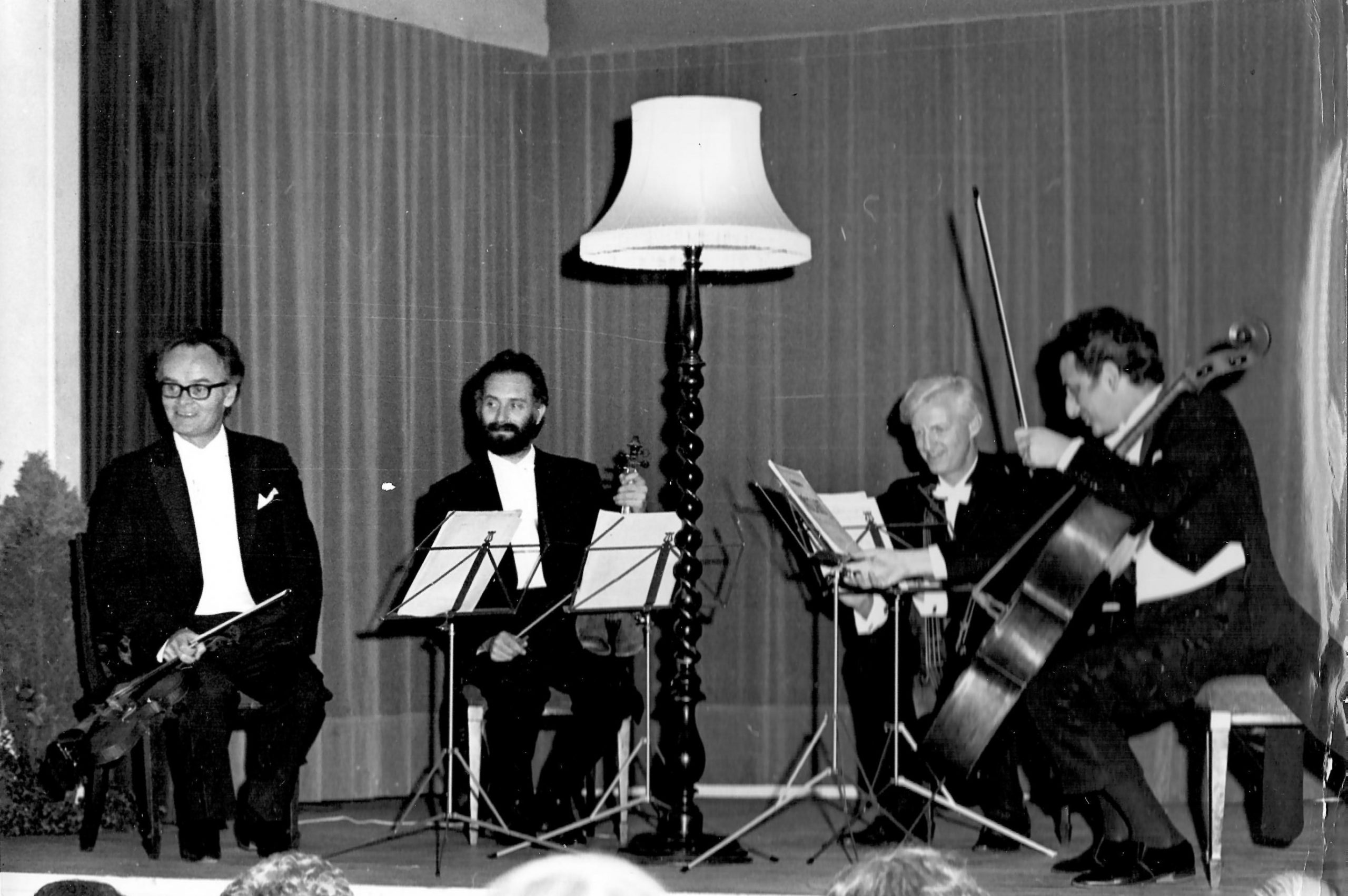