The Aeolian String Quartet is one of the oldest-established ensembles in the country, formed in 1927. Although there have been changes of personnel over the years, the tradition of the quartet has been maintained. Sydney Humphreys first became associated with Derek Simpson when they played the Brahms Double Concerto together as students at the Royal Academy of Music. Sydney became leader of the Aeolian in 1955, and when the surviving founder member retired, Derek took his place. They were soon joined by Raymond Keenlyside and Margaret Major, both already well known in chamber music circles. In addition to their full life of concerts, broadcasting, television and gramophone recordings, they are associated with the University of East Anglia at Norwich. 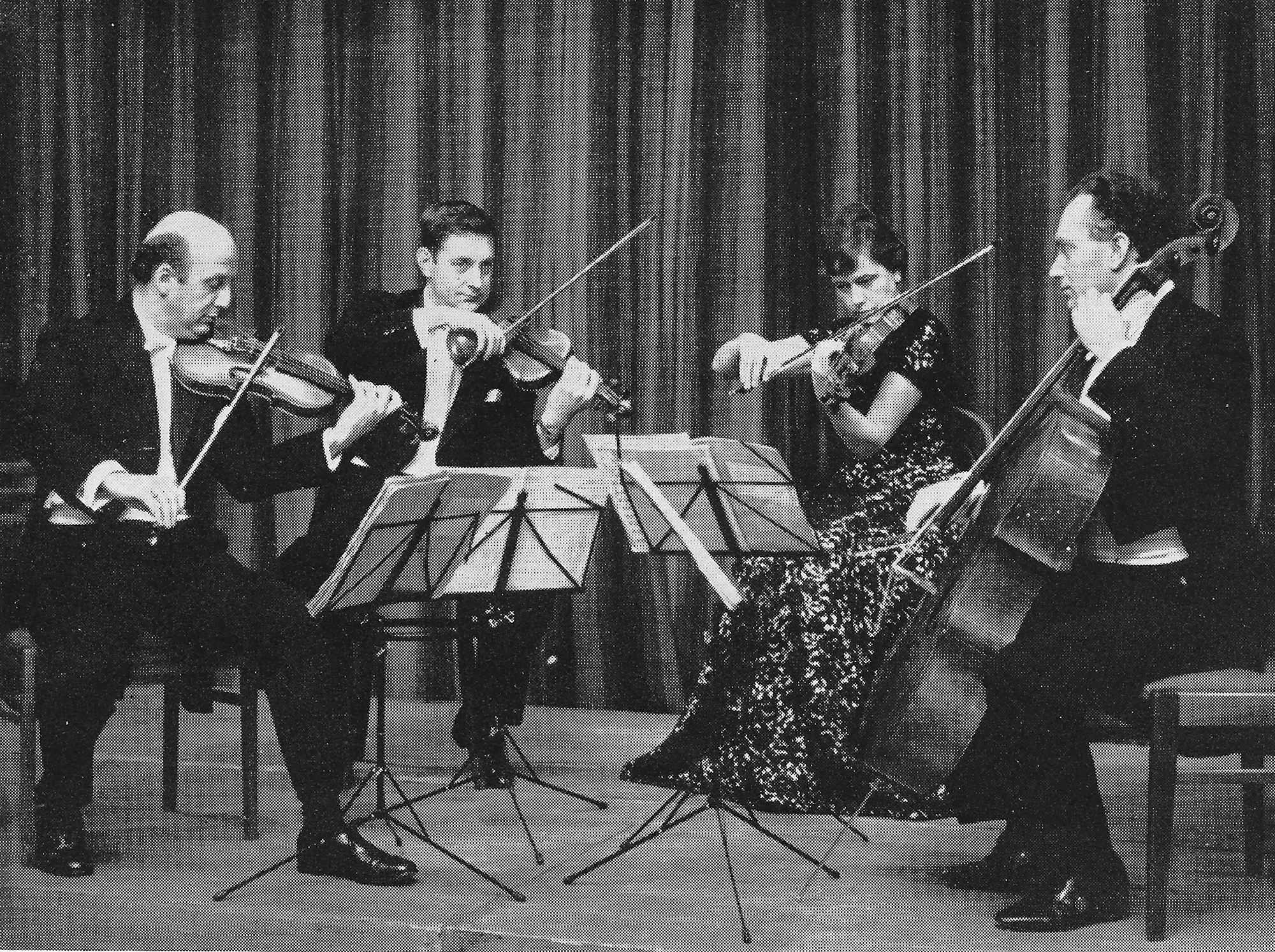 The Vesuvius Wind Ensemble consists of William Bennett (flute), Neil Black (oboe), Thea King (clarinet), Roger Birnstingl (bassoon) and Susan Bradshaw (piano). William Bennett is principal flute of the London Symphony Orchestra. Neil Black is principal oboe of the London Mozart Players, Philomusica of London and a professor at the Royal Academy of Music. Thea King is principal clarinettist with the English Chamber Orchestra, London Mozart Players, Portia Wind Ensemble, and a professor at the Royal College of Music. Roger Birnstingl is principal bassoon with the London Symphony Orchestra with which he has appeared as concerto soloist. Susan Bradshaw’s repertoire ranges from Bach to present day, covering recitals, concertos and orchestral playing.

Moura Lympany was born in Saltash, Cornwall and made her debut at the age of twelve in Harrogate, playing Mendelssohn’s Concerto in G minor. In 1938 she gained second prize in the Ysaye International Festival in Brussels. Moura quickly established herself as one of the most international of artists, with regular appearances in the principal cities of Europe and a frequent visitor to the United States and Australia, where she completed her fourth major tour in the summer of 1966. She has always been well-known for her performances and recordings of the Russian composers and gave the premiere performances of Khatchaturian’s Piano Concerto in London, Paris, Brussels, Vienna and Milan. Her repertoire contains over 40 concertos.