The Brodsky Raise the Roof!

Peak Music’s shortened season came to a rousing finale on Thursday 22nd July with an invigorating and authoritative performance by the Brodsky Quartet that fully justified their reputation as one of the leading string quartets in the world.

Re-arranged from the original date of Tuesday 29th June as a result of Ian Belton, the second violin, being pinged by the COVID-19 Track and Trace system, the audience were at fever pitch after nearly eighteen months with no live music. Unusually, the Brodsky perform standing up (except for the cellist who sits on a purpose-made platform 30cm high), heightening the drama. It also allows the sheer energy of their performance to flow straight out into the hall, creating a much greater connection with the audience. 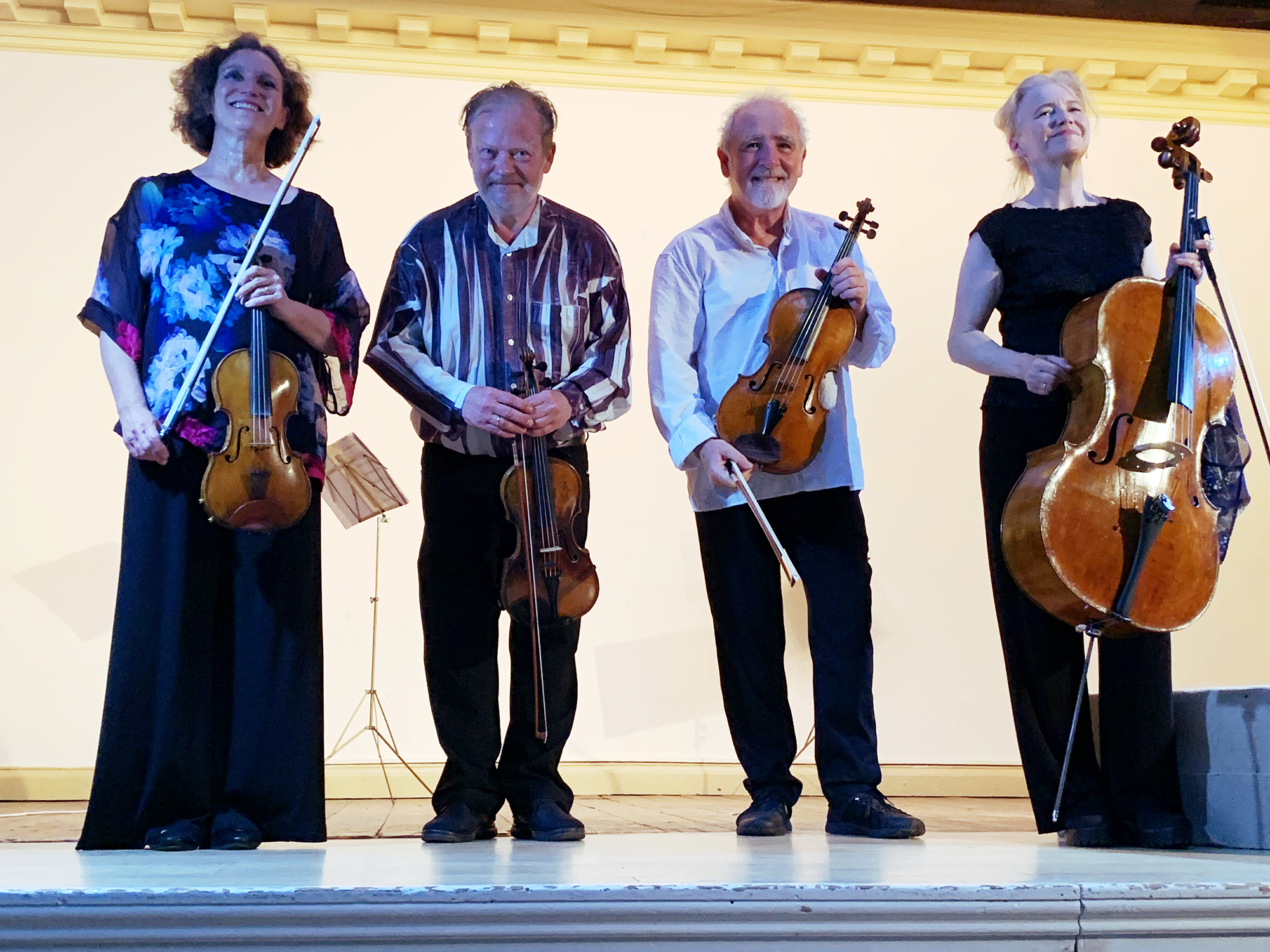 The recital started with a masterly arrangement by Paul Cassidy (the viola member of the quartet) of one of Bach’s sonatas for solo violin. In Paul’s own words, “My daily practice invariably involves spending some time with Bach’s ‘Six Solos for Violin without Bass Accompaniment’. I am a devout being and these are my bible. As in the case of all ‘holy’ books, the six ‘solos’ open themselves to an infinite variety of interpretations, but whatever your approach, these miraculous pieces are endlessly cleansing and enriching for the body and soul, a balm for the spirit. Their challenging pages abound with multi-faceted characters whose succinct purity is a wonder to behold. They can move imperceptibly from being uplifting and euphoric one minute to heart-breaking and tragic the next.”

This was followed by an electrifying performance of Schubert’s ‘Death and the Maiden’ String Quartet, one of the pillars of the chamber music repertoire, composed in 1824 when he had suffered a serious illness and knew he was dying. From the violent unison opening to the tumultuous conclusion of the tarantella dance of death in the final movement, the Brodsky held the audience spell bound in their hands.